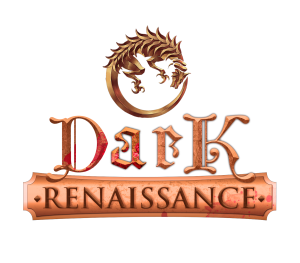 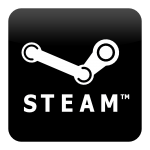 From the author of the bestselling series &quot;The Medici&quot;, Matteo Strukul, comes an exciting
new Interactive History Drama, which pushes the boundaries of interactive storytelling.
Dark Renaissance is an interactive adventure with RPG elements, with a gripping, dramatic
storyline and faithful to historical events of the 15th century.
Embark on an epic journey through the key places of the Renaissance world, from Florence
to China, passing through the fascinating lands of the Middle East and Transylvania. Fight in
the pay of Lorenzo de’ Medici and face fearsome enemies such as the brilliant sultan Mehmed II, the diabolical Anguana and the brutal Duke Ercole d’Este.

The most realistic Renaissance epic ever seen in a game.
Learn the story of Marco Badoer, one of the last knights of the mythical Ordo Draconis, a
knightly order so bloodthirsty that Vlad the Impaler himself is said to have been among its
ranks.

Meet the rock stars of the Italian Renaissance.
From Lorenzo the Magnificent to Leonardo da Vinci, from Marsilio Ficino to Poliziano, you
will walk on the shoulders of giants, inside iconic places such as Venice, Florence and many
others. But beware: ancient pagan magic, oriental mysticism and occult knowledge will drag
you into the darkest corners of the human mind.

Countless options for roleplay and narrative crossroads.
Shape your story through dilemmas and moral choices. Will you unleash your fury, seeking
revenge in Duel mode? Or will you prefer a more strategic approach, making only thoughtful
decisions? The choice is yours.

The art of war.
Choose from numerous weapons of the era, defeat your enemies in strategic duels or lead
your troops onto the battlefield. Prepare to become a strategist with spectacular combat
sequences that combine role-playing and pure action.

A political manifesto from the past.
After condemning the horrors of totalitarianism and invasions of privacy in the award-winning
Dry Drowning, Studio V returns to its roots, to push the boundaries of philosophical and
political discussion once again within a video game. Hidden under the glitz of a world of
sublime beauty, stories of corruption, violence and dirty money are just waiting to be
discovered.

Sex, drugs and gambling.
From the opium steaming hammams of Constantinople, to the alcove of the most beautiful
courtesans in Florence, the darker side of European history will unfold before your eyes, with
a system of romance and character relationships that will allow you to decide how and how
much to desecrate your body.

Enjoy Renaissance luxury.
Admire the beauty of Italy in all its glory during the main mission and stop to rest in Villa del
Drago, the home of Marco Badoer. Turning this old house into a luxurious mansion is up to
you, thanks to the historically accurate currency system and card games.